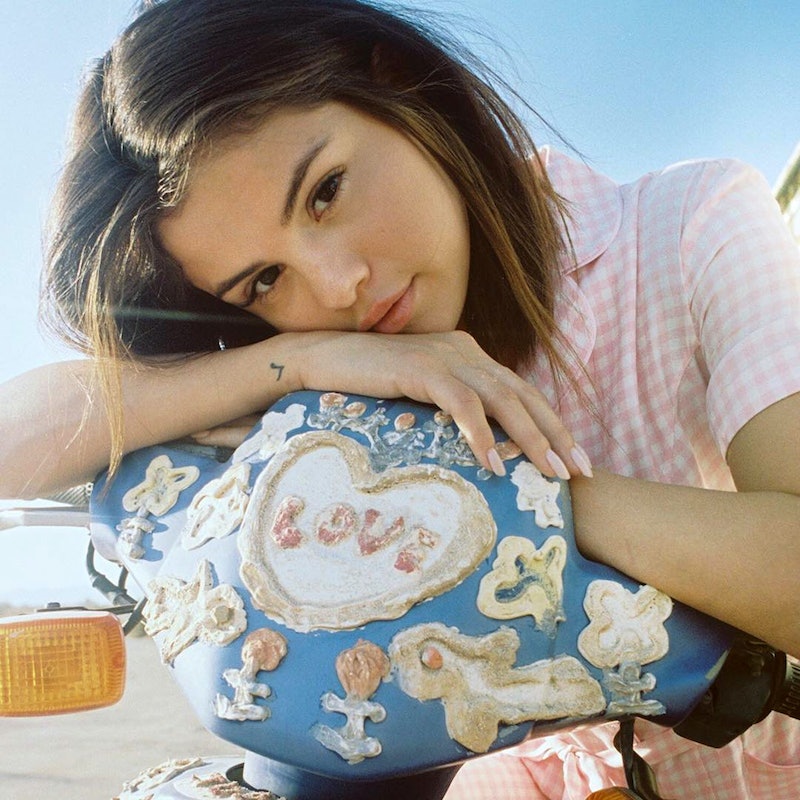 It’s been quite some time since Selena Gomez released any new music. She took to Instagram earlier this week to tease some stills plastered with the words “Bad Liar,” and fans speculated that a new single was on the way. Selena actually surprised everyone not only with a new song, but also a new music video that we’re already playing on repeat.

As we watched it, we couldn’t help but notice that Selena stayed makeup-free throughout the entirety of the video. While a slew of celebs have posted makeup-free selfies, and some have even chosen to go makeup-free altogether, Selena’s comes as more of a surprise. She’s had a ton of iconic makeup moments, such as this year’s pink eye-shadow that she wore to the Met Gala and her perfectly winged eyeliner on her first US Vogue cover. However, it’s refreshing to see her make the change to capture a more intimate music moment. Without makeup, she still has a flawless complexion and a super youthful glow, which makes us wonder what she does to get her skin to look that good.

You can watch the full “Bad Liar” music video on Spotify, and catch a small preview below in the meantime.