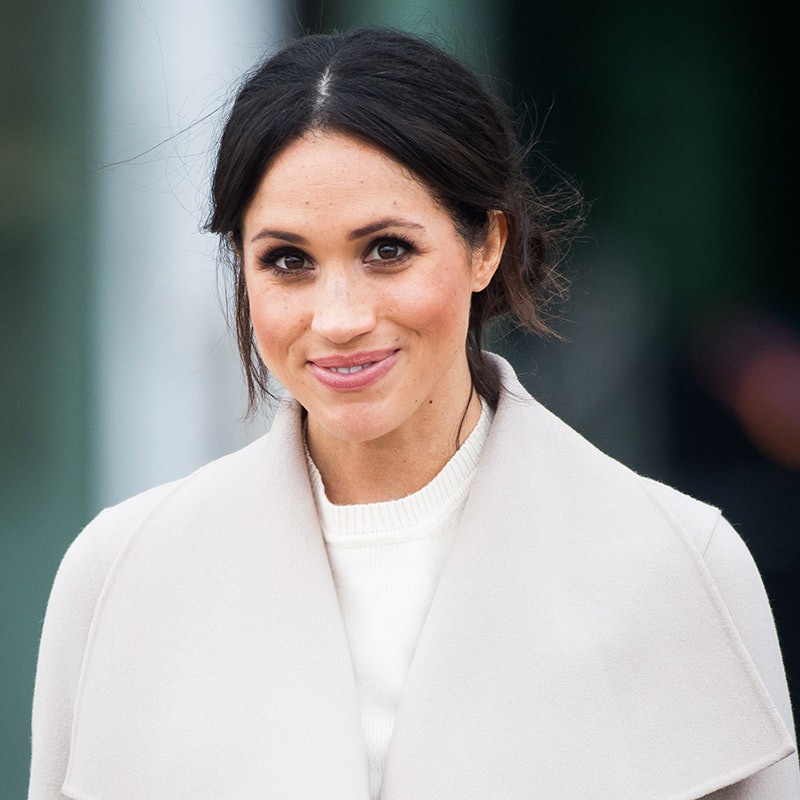 Raise your hand if you’re counting the days until Meghan Markle and Prince Harry get hitched. In addition to the general fascination surrounding royal weddings, we’re also anticipating the atypical details that will make the event different from the regal nuptials we’ve seen in the past. Since the early days of their courtship, the couple—Meghan, in particular—have stayed true to their own style and way of doing things. From the overtly inclusive wedding-guest list to her “rebellious” hair-color changes and cutting-edge wardrobe, the actress is definitely paving a unique path for herself.

True to form, Meghan made waves yet again today by breaking a fundamental rule all female royals have adhered to (even Kate Middleton hasn’t broken it). This morning, she made an appearance with fiancé Prince Harry at Titanic Belfast in Northern Ireland donning—wait for it—a messy bun. Now for most of us peasants, this hairstyle is at the top of our go-to list and far from an appalling concept. For the royal family, however, an unkempt chignon that isn’t guarded by a hairnet is unheard of. In fact, back in the day (around the 1950s), there was a strict rule that female members of the royal family could not even show their hair in public, so hats were a necessity for outings of any kind.

Wow. Okay, back to Meghan: Despite its purposeful messiness, the bride-to-be’s look delivered a laid-back, effortlessly chic vibe, so we give it two very enthusiastic thumbs up. Oh, and in case you were wondering, there are 57 more days until the event of the year.