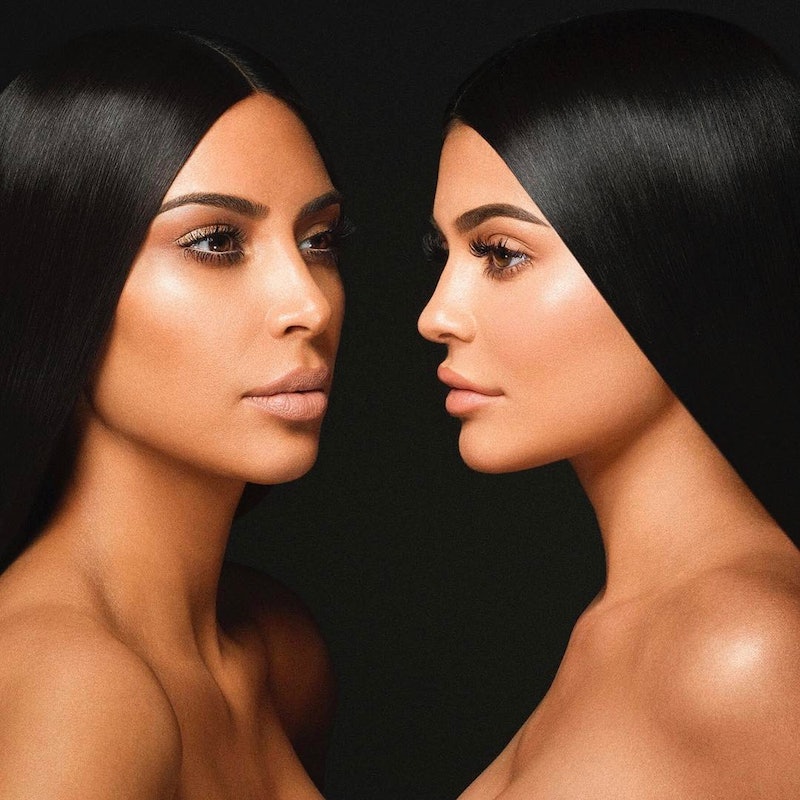 By now you’re well aware that the two biggest beauty junkies of the Kardashian-Jenner clan are Kim and Kylie. Kim’s contoured cheekbones have turned heads for the past decade, and now her low-maintenance approach to makeup is trending. Kylie, on the other hand, has built her own empire with Kylie Cosmetics.

We knew it was only a matter of time before these two sisters collaborated. (Kylie previously partnered with Khloé on the limited-edition KoKo collection, and she named a liquid lipstick after Kourtney.) Little sis shared the big news on Twitter with a teaser video showing the two posing with Cher-inspired long hair, radiant skin and, of course, nude lips. From the looks of it, the line will be called KKW x Kylie (KKW for Kim Kardashian West, of course). No word on exactly when the collection will drop or what it will include, but Kylie says it’s coming soon.

Update: Both Kim and Kylie shared more details about the upcoming collab online yesterday. The collection will consist of a set of four nude lip creams named Kimberly, Kim, Kiki and Kimmie that range from pure beige to shades with rosy and coral undertones. The KKW x Kylie set will drop next Tuesday (April 25) on kyliecosmetics.com and will be priced at $45. Take a look at the shades below.