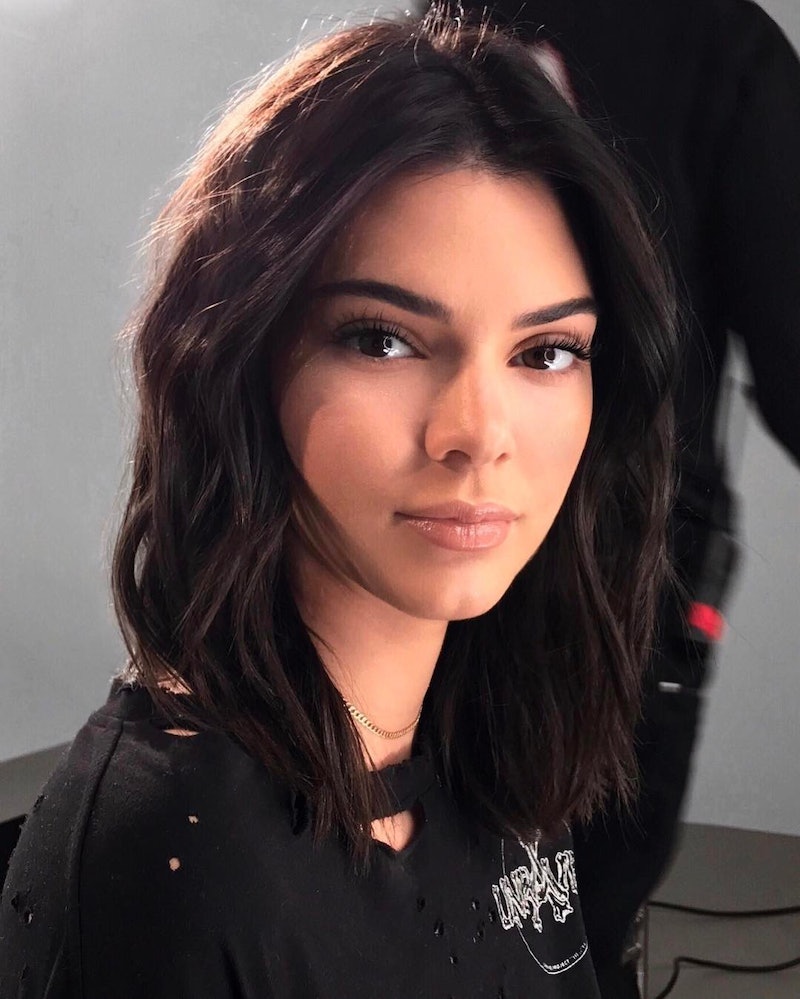 Stop the presses: The Internet is speculating that Kendall Jenner just got a super-short haircut. She’s been rocking her wavy lob since last year and hasn’t done anything too drastic lately, but the Kardashian-Jenner clan’s favorite hairstylist, Jen Atkin, recently took to Snapchat to share an intriguing moment in her salon chair.

In the video (below), you can see a significant amount of hair on the ground, and what remains looks pretty short. However, there’s one catch: Despite the fact that Jen repeatedly says “Kendall” to the client in her chair, the person’s face isn’t actually visible, so we don’t know that it’s her. Judging by the number of temporary hair changes celebrities and models regularly undergo, there’s a chance this too could be a stunt to grab beauty buffs’ attention.

Kendall has yet to make a public debut this week, but she’ll surely be spotted at New York Fashion Week in the coming days, so we’ll keep you posted.

Kendall graced the catwalk on day one of New York Fashion Week for La Perla, and she indeed did cut her hair. The angular chop falls right beneath her jawline, with a shorter length in the back. Take a look at her new ‘do in action.