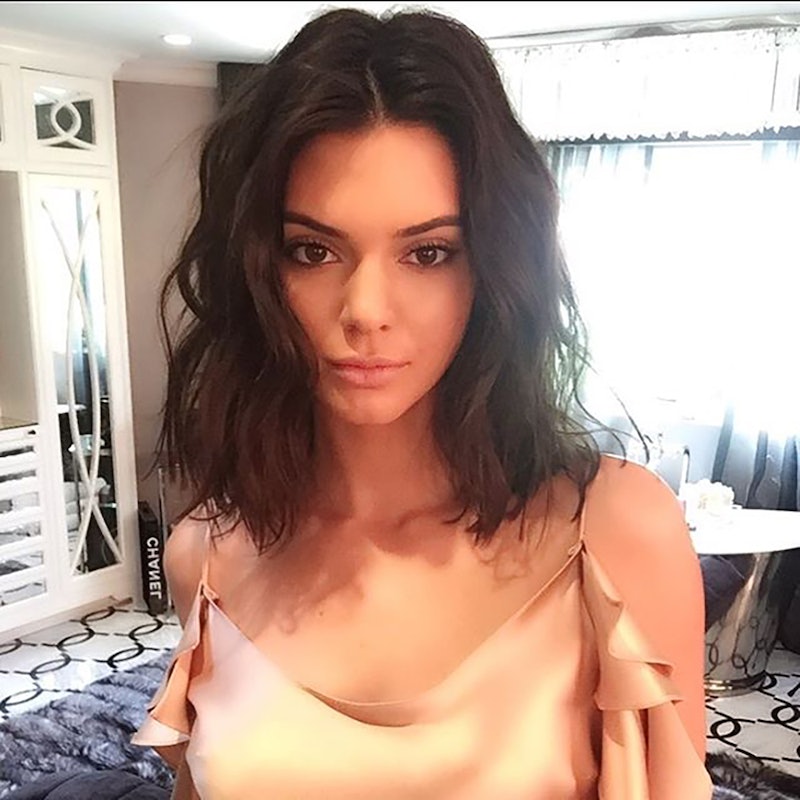 Earlier this year Kendall Jenner admitted her love for tattoos in a blog post titled ‘Tatted Up’ on her official website. She explained the meaning behind two of her tattoos, both small on each middle finger in white ink. “The one on my right hand is a full heart to represent an angel and my left is a broken heart—kind of like the devil side. Hailey [Baldwin] and I have matching ones on the left side but hers is red,” she wrote.

It was revealed that Kendall actually had more ink on her body than the two she had mentioned, and that she had been hiding a secret lip tattoo that read ‘Meow’. Her rep shared that the inner lip tattoo has now faded, and the only person she shared it with was the photographer for her Allure cover shoot. The only other person who had obviously seen the tattoo was her go-to artist, Jon Boy of West 4 tattoo in New York. He thankfully saved photo evidence and shared the lip art with the world last night on Instagram.

For anyone who isn’t intrigued by the idea of getting permanently stamped, take a tip from Kendall and try one that’ll fade away.