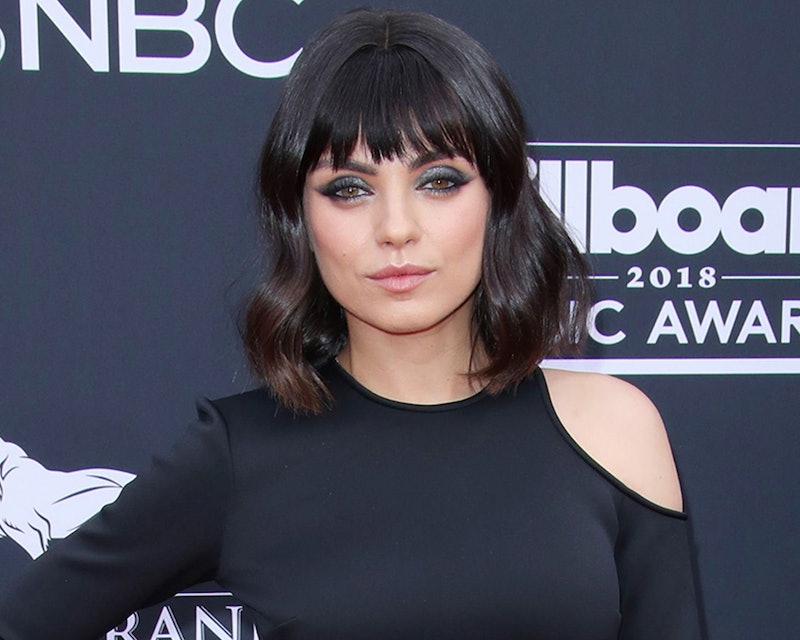 With summer on the horizon, the urge to go lighter with our style and our hair is getting stronger by the minute. Apparently, we’re not the only ones with this sentiment. Our favorite A-listers seem to agree with our way of thinking—specifically when it comes to hair—considering the onslaught of short ‘dos we’ve seen recently. From Mila Kunis’ bangin’ lob to Jenna Dewan’s sleek bob, it seems cropped cuts in various shapes and lengths are on the menu this season. If you’ve been thinking about taking the plunge yourself, the following inspo might help you reach the tipping point. Ahead, the haircuts you’ll undoubtedly be seeing everywhere this summer.

Mila's journey to shorter hair nearly broke the internet last year. Always the daring one, she had us buzzing yet again when she debuted some fringe up front last month.

We've seen Jenna with a short lob for quite some time now, but she chopped it right beneath her jawline for the Billboard Music Awards.

Another star who has played around with shorter lengths is Selena Gomez. She was recently pictured on set in a blunt bob with bangs, and has been teasing the look for a new video.

We've been a fan of Kendall's shorter 'do since she chopped it for her first solo US Vogue cover. Ahead of this year's Cannes festival, she cut off a bit more, looking fresh as can be for the big event.

The model traded in her pink strands from the Met Gala for some bright blonde locks—and a fresh cut. Some subtle waves helped make it appear fuller.

The actress cut her midriff-grazing red hair a while back and has sported short strands for quite some time. Recently, she went the shortest she's ever gone with a chic micro-bob and dyed her hair back to blonde, making for an ideal summer look.