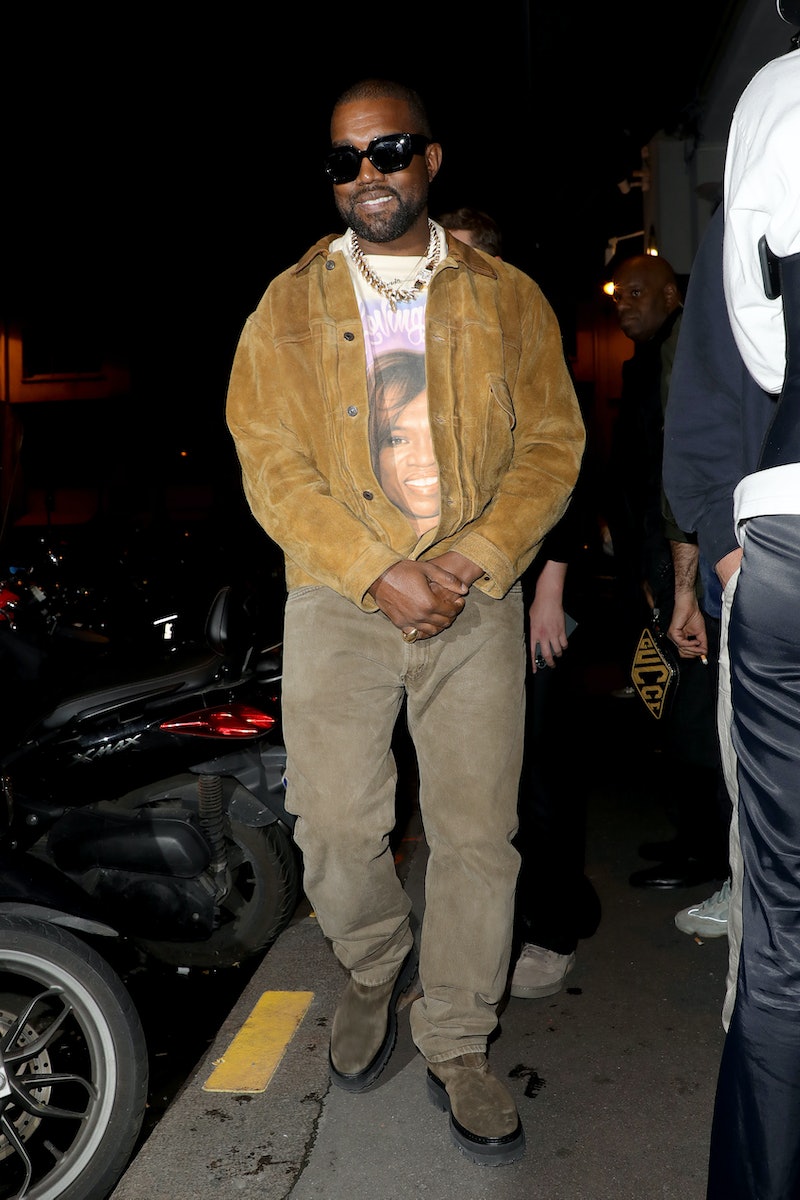 Kanye West is not new to the Gap family. As a teen growing up in South Side Chicago, West worked at his neighborhood Gap store, all while making beats in a small basement studio on the side. Flash-forward to 2020, where the two have officially joined forces again, under a new project that's sure to withstand the test of time. The new YEEZY Gap collaboration (or 'YZY,' readapting the mall store's three-lettered logo) was announced on Jun. 26, and cult followers are rejoicing.

Starting this month, the two brands are entering a 10-year creative partnership, a source told the New York Times, with first pieces from the line scheduled to drop in 2021. The collection will feature mens, women's and kids styles, all for the accessible price point that Gap is famed for. Eventually, West's "design vision" will infiltrate other parts of the brand, taking shape both physically (through concepts at Gap's storefronts) and digitally (on its online platforms). Mark Breitbard, Global Head of Gap Brand, waxed poetic on the partnership in an official statement: “We are excited to welcome Kanye back to the Gap family as a creative visionary, building on the aesthetic and success of his YEEZY brand and together defining a next-level retail partnership,” he said.

Though West has not yet commented on the collaboration, his desire to create clothes for the masses has long been a dream of his. In 2015, T Magazine reported that West was looking to create "high fast fashion: clothes that are truly avant-garde in their design... [that] could be bought by the public at affordable price." In the interview, West said "The jacket that no one could get... I wanted to give that to the world." With that, Gap is the ultimate destination for his vision to materialize with.

Though Gap has partnered with high-fashion giants before (Balmain; Stella McCartney), fans are actively contemplating how YEEZY's demure streetwear aesthetic will carry over to Gap's hallmark familial style. Imagery is not yet available, save for a blurred image featuring a duffle bag that YEEZY teased through a post on its official Instagram. West has also tapped female Nigerian-British designer, Mowalola Ogunlesi, as his design director for the line, whose bullet hole dress (as donned by Naomi Campbell) sparked public controversy last year, starting a commentary on racial injustice. Mowalola fans are hoping to see her bold, disruptive design codes infused through the new project. As Mr. West always surrounds himself with the brightest and most talented, the best is sure to come.