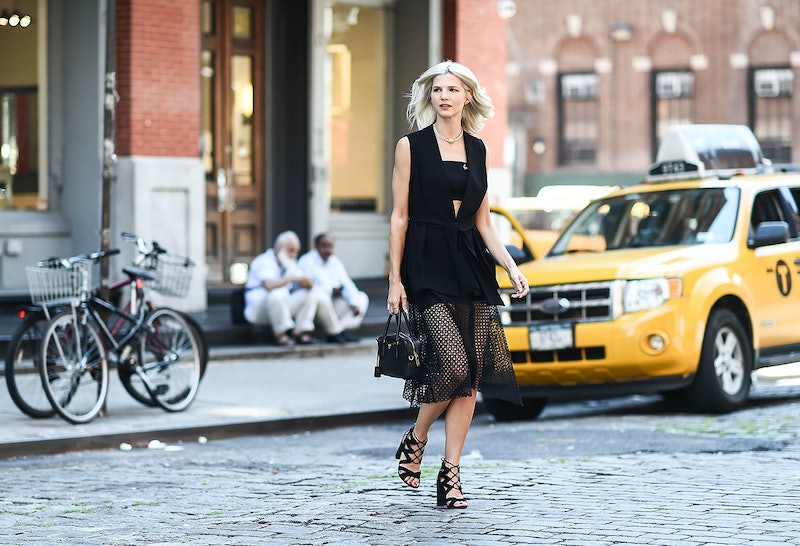 I have started to realize the only bad thing about aging is the physical part, the rest is actually pretty great. Among the benefits of growing older and—here’s hoping—wiser, is being able to look back on your career and have perspective on what you’ve learned, the mistakes you’ve made and learned from and know you will never make again (again, here’s hoping). As a woman who has been in the workforce for more than 15 years (yikes), I have experienced several companies, both big and small; all kinds of coworkers, both inspiring and toxic; and managed countless people, both hardworking and not so much. Here, in honor of boss week, I share the 5 most important lessons I have learned (so far) in my career.

My most-important, most-cherished mentor once told me this very simple piece of advice and it was life-changing. It’s so simple and yet so true. You have to be singularly focused on your career, because no one else is going to be. Even the people you are closest to in the workplace—including the most supportive boss—has to watch out for his or herself when it's all said and done. It’s just human nature, plain and simple. That doesn’t mean you should be backstabbing or shouldn’t consider others’ feelings when making decisions—of course, any good person would—but the bottom line is business is business, and you have to take care of yourself and ultimately make decisions that make you happy and successful in the long run. Always worrying about others instead of yourself will get you nowhere. This is your career, make sure you’re more devoted to it as a whole than you are to any one job or position. It sounds brutal, but it doesn’t have to be. Always handle yourself with class, and it won’t be.

Right before I became an Editor-in-Chief for the first time a former boss said to me: "The air is thinner at the top," which gave me pause at the time. Now, many years later, I have a much more keen understanding of what that phrase means. Once you find yourself in a position of power the decisions are oftentimes significantly more difficult, and they’re not always going to make those who work for you happy. You can’t win with everyone all the time, and the sooner you realize that, the happier you’ll be in your job–and the more comfortable you'll be in your position. Some days you may be the most popular person in the office, and other days you may feel like you don’t have a friend in sight–that’s all just part of being a manager. And it's important to remember that even the best managers have bad days. As long as you’re making well-thought-out decisions, giving credit where credit is due and doing your best, you should be able to shake off those harder times and know good days are just around the corner. Being fair and respected is far more important that being liked all the time. The sooner you realize that, the easier it will be to flourish in your position—especially if it's a managerial role.

I have most certainly not mastered this one—it’s something I have always struggled with and continue to struggle with—but I do know one thing for sure: If you don’t at least ask for what you want, no matter how hard it may seem, you certainly aren't going to get it. No one is going to hand it to you. Bosses and coworkers aren't mind readers; they don’t know you want a raise, need more support, want more responsibility, fill in other scenarios here. If you don’t find a way to articulate what’s important to you in the workplace you are virtually guaranteeing you will not get it. Find your voice and then make sure to use it.

In Sheryl Sandberg’s commencement speech at Berkeley this past spring, she said her favorite poster in the Facebook offices reads: “Nothing at Facebook is someone else’s problem.” I love that sentiment. There is nothing more frustrating than a coworker who either passes the buck or proclaims, “That’s not my job.” The best employees are those who care about all aspects of the business, because they care about the success of the business–period. Those are the people who are the most valuable and who make the best team players. They are the ones you want in your corner. “Not in my job description” or “not my problem” are a couple of the most dangerous phrases to a successful work environment. If you care about the larger goal and the company overall, there is literally no job too big or small for you—and there certainly shouldn’t be problems you don’t care about. That doesn’t mean you have to solve them all, but you most certainly should give a damn.

Believe in yourself. Believe in your ability. Believe you are the best person for your job and that you are smart and hard-working enough to improve in any areas where you are weak. If you don’t, how do you expect anyone else to? Life and work can truly be self-fulfilling prophecies, so if you’re the type of person who always thinks people are better than you, that you aren’t valuable, or that you’re a day away from getting fired, you just may think those negative thoughts into reality. Why not give the power to positive thinking as opposed to insecure thinking? It will make you feel better overall, and I’m willing to bet it also makes you better at your job–and isn't that the ultimate point of all this anyway?